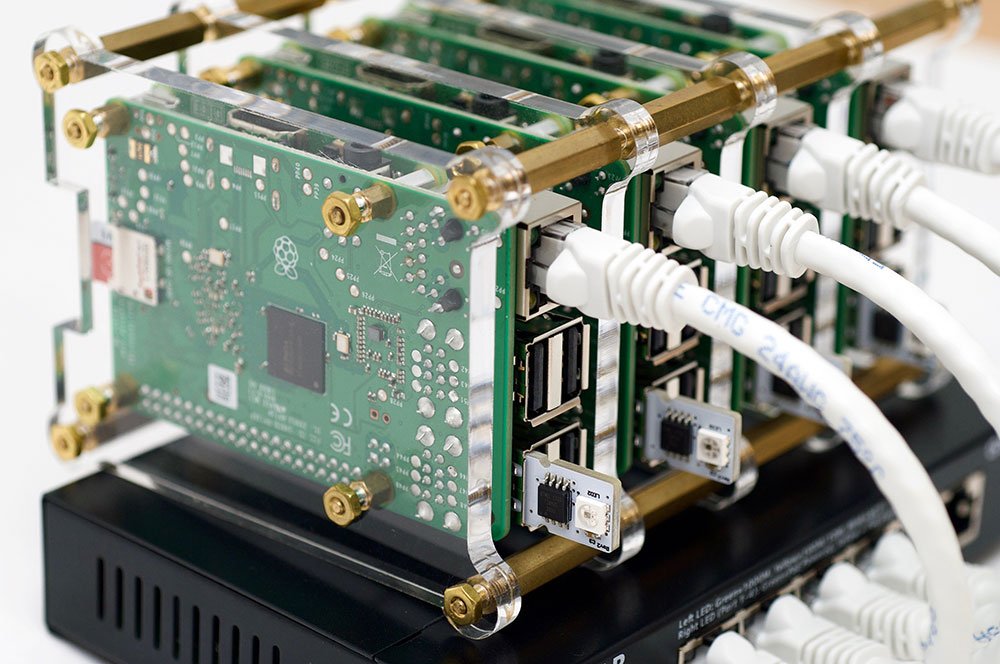 The cluster is configured and maintained using a set of Ansible playbooks available on GitHub: Raspberry Pi Dramble, by Jeff Geerling (aka geerlingguy on Drupal.org).

Jeff Geerling is the author of Ansible for DevOps and Ansible for Kubernetes, and hosts the Raspberry Pi Dramble website (which you're currently viewing) on his Dramble cluster, in the basement of his home in St. Louis, MO.

Raspberries grow in bushes sometimes called 'brambles'. And traditionally, Raspberry Pi clusters have been called brambles. In this case, the bramble is running Drupal... thus it's a Dramble! But going even deeper still, fruits like raspberries, blackberries, and dewberries grow in what are called 'aggregates of drupelets'. So even more apropos!